COVID-19 IMPACT: We are experiencing a higher than normal volume of orders at this time and our staff is working hard to get product out the door. Please expect between 3 and 5 business days before orders are shipped.

Zoom the image with the mouse

(No reviews yet) Write a Review 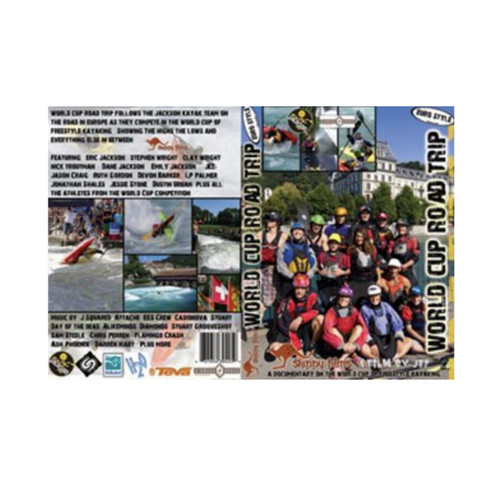 World Cup Road Trip follows the Jackson Kayak Team on the road in Europe as they participate in the World Cup of Freestyle Kayaking. Follow the highs, the lows, and everything else in between as the world's best freestyle kayakers spend a month together in Czech Republic, Germany and Switzerland. A documentary on the pros in a foreign country as they kayak every day for a month. Featuring: Ruth Gordon, Stephen Wright, Emily Jackson, Dustin Urban, Jessie Stone, Dane Jackson, Eric Jackson, Jez, Nick Troutman, Jason Craig, LP Palmer, Devon Barker, Jonathan Shales, Clay Wright.

This product hasn't received any reviews yet. Be the first to review this product!
Write a Review
×

Welcome To The Family!

Keep in touch with us for the latest tips, exclusive offers and news from Jackson Kayak.

....or not. We're not like, your mom or anything. More like a really cool aunt who goes on epic adventures.